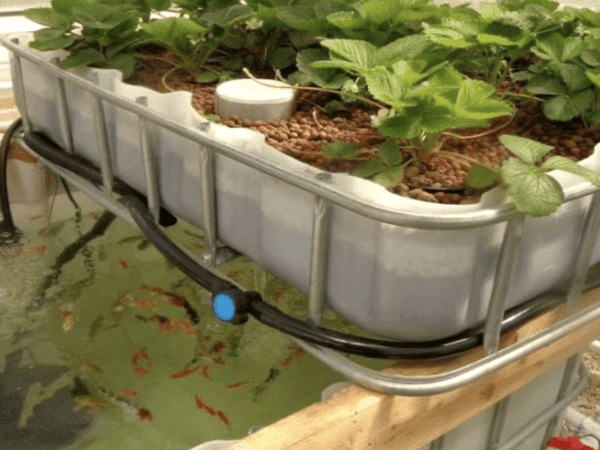 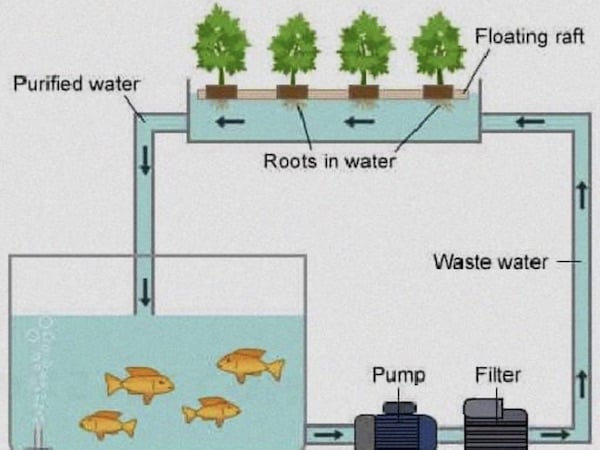 At WaterUps® we are often asked about aquaponics, both whether aquaponics is similar to wicking bed technology and whether some features of aquaponics can be incorporated into our wicking beds.

While wicking beds and aquaponic systems are both very water efficient plant watering technologies, because they operate in contained growing environments, they are essentially very different:-

In hydroponics the water does the ‘work’ of carrying /supplying the plant nutrients. The soluble nutrients or chemical fertilizers are added by humans.

Similarly, for aquaponics the derivation is:-

Therefore, in aquaponics the marine life does the ‘work’ of carrying / supplying plant nutrients.

In wicking beds, it is the (living) soil that does the ‘work’ of carrying /supplying plant nutrients.

It is interesting to note, however, that there is historic evidence of aquaponic systems using soil as a growing medium rather than water. Some of the earliest aquaponic systems have been found in the ‘chinampas’ system of growing crops in shallow lake beds in Mexico that date back many centuries. The Aztec staked out these marshy lake beds with poles and fenced them to keep the mud in and create long thin rectangular beds. The beds were built parallel to each other with canals of water constantly running through them. The fertiliser for these beds was essentially human and fish waste. Like the Aztec, centuries ago native Americans also often planted fish in the soil when preparing the ground, which provided nutrients to the soil as the fish decomposed.

Notwithstanding the above, the use of soil as a growing medium in aquaponics is now very rare. Given that all of my learnings about horticulture, organic farming and permaculture have emphasised the importance of soil microbiology as the key to growing healthy plants, I struggle somewhat with the notion of growing anything without soil.

What is the best growing medium

Looking at the various debates in relation to the merits of aquaponics / hydroponics [‘the ponics’] compared to traditional vegetable growing in soil, it seems that the major positives claimed by ‘the ponics’ are that they save water and that the plants are less disease prone. The main negatives are seen as potentially inferior taste and lower nutrient density. Comparing the ‘ponics’ to growing plants in wicking beds, the main benefits are common to both. On the negative side of the ledger for the ‘ponics’, it is often argued that they are lower in nutrient density and inferior in taste compared to plants grown in soil. Clearly, this is a very broad statement and I have been looking without success for scientific research on this topic. The more I think about it though, the more I realise that the nutrient density of soil grown plants has a direct relationship to the microbiology of the soil itself. Therefore, if you grow food in poor soil then this would be reflected in the quality of the produce. For the ‘ponics’ it would all depend on the chemistry of the water additives.

At WaterUps® we are very interested in the nutrient density of food and have been field testing various plants to see which ones grow best in wicking beds. We have also been looking at various ways of testing the quality of the plants grown in our wicking beds using different soil and compost mixes. We are currently using Brix as one method of testing this. If you have any knowledge of brewing or viticulture you would be well acquainted with the Brix scale. It was originally developed by Adolf Brix in the mid 1800’s to measure the % of dissolved solids, principally sugar, in a solution. Brix measurements are easily taken by using a drop of juice from the plant and placing it on a refractometer. The refractometer measures how the light is bent as it travels through the liquid – the higher the % of soluble solids, the more the light is bent and the higher the Brix rating. The table below, developed by Dr Carey Reams, shows Brix measures for various fruits and vegetables. It provides Brix ratings categorised into Poor, Average, Good and Excellent ratings. 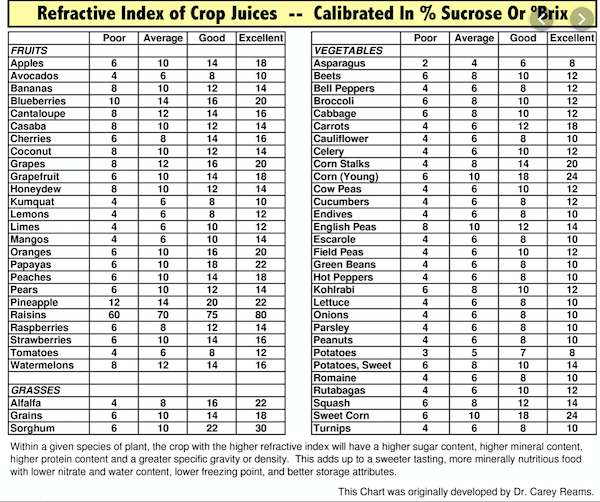 The key to the nutrient density of plants is the microbiology of the growing medium. In wicking beds we use compost / organic matter to maintain soil health. In hydroponics, the plants require constant inputs of chemical fertilisers and, in aquaponics, constant inputs to feed the fish.

Soil health can also be improved by the addition of fish emulsion, thereby taking advantage of some of the benefits claimed by aquaponics. With a NPK ratio of 4-1-1, fish emulsion can provide a great nitrogen boost to plants and we recommend using it as a foliar fertiliser.

I am aware of people that have linked their aquaponic systems into the water reservoir of their wicking beds and they claim to be achieving good results. Their basic argument is that in addition to self watering, the wicking beds become self fertilising. I haven’t tested this so cannot really comment, except to raise the following points:-