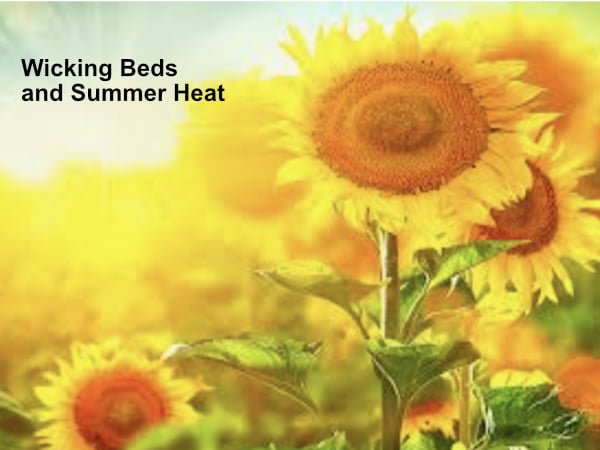 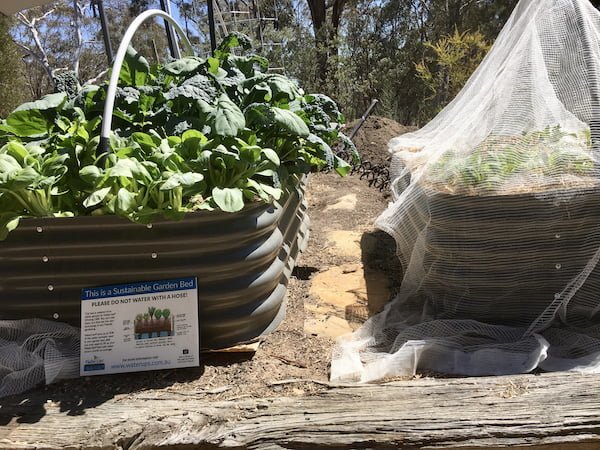 Insulating your wicking bed from the summer heat

We are often asked “how do wicking beds handle extreme summer heat?” Can they withstand a succession of 40°C plus days. Well, the short answer is yes, and they do much better than non-wicking beds.

I thought that with summer approaching it was worth looking into this question a little more deeply and sharing some of the practical ways in which you can “summer proof” your wicking bed. As usual, we will also look at some of the science that underpins this.

There are a number of things that you can do to ensure that your wicking bed performs optimally in the summer heat. The most important is to maintain a thick layer of mulch on the soil surface. If you have steel or corro beds you can also insulate the sides to reduce the impact of solar radiation absorption. You can also reduce the impact of solar radiation by your choice of construction materials and colours.

The term mulch derives from the German word “molsh” which means soft. It was first used in a gardening or horticultural context to describe the soft layer of organic material often found in forest ecosystems. Mulch is probably best described as a layer of material separating the soil surface from the atmosphere. All gardeners know what mulch looks like and that you spread it around your plants, but many undervalue it’s role in maintaining healthy plant growth. Mulches are an important soil insulator and reduce soil moisture loss from evapotranspiration. They also help limit weed growth.

The first scientific studies on mulch were undertaken in the 1930’s and early research by J C Russell showed that a 3.8cm layer of straw reduced evaporation by 35% compared to bare soil. Deep permanent mulches were first recommended as a method of drought proofing in the 1940’s.

While mulches actually hold little water themselves and can dry out quite quickly after rain or watering, they do perform a very important function in decreasing evaporation from heat and wind. This is because surface mulches trap a layer of still air and thereby have an insulating effect on soil temperature, which helps to protect the root systems of your plants from the daytime summer sun. Technically, mulch has a “moderating influence on the soil thermal regime” by reducing intraday fluctuations in soil temperature. Rather than simply keep your soil cooler in summer, mulch actually increases soil temperature at night and in early mornings and decreases it during the heat of the day.

One study undertaken in India in the 1980’s showed that mulching with straw actually reduced the soil temperature of bare earth from 38.3°C by 11.5°C, or around 30% in the summer months. While this study was not done in a wicking bed, our anecdotal observations would suggest that the same dynamic applies. Extremely high daytime temperatures in the Australian summer can kill a plant’s fine roots and induce plant stress as plants expend energy to regenerate new fine roots. Mulch in this context has a key role to play in protecting the plants in your wicking bed in summer.

Maintaining a 5cm layer of mulch in a wicking bed will also significantly reduces water consumption, with most studies concluding that the water saving from reduced evapotranspiration is in the order of 25%. As a consequence, the length of time between refilling your wicking bed water reservoir is extended. We have found that in Sydney over the last 3 summers our mulched wicking beds lasted almost 4 weeks between refilling. 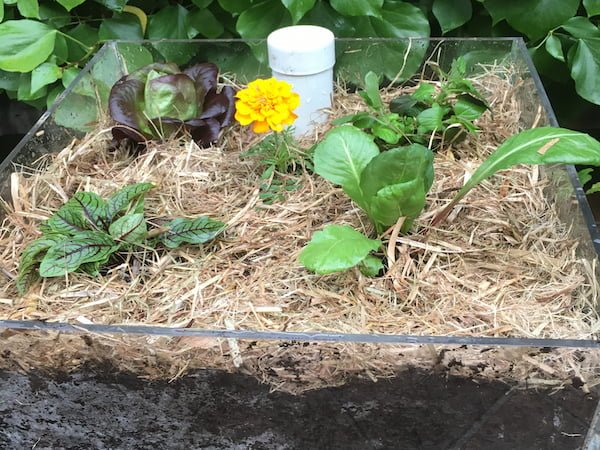 Some of the key things that we have learnt about mulches in our wicking beds at WaterUps® are:-

If you are living in a very hot and dry area, and your wicking beds are in full sun, you need to be aware that dark colours will absorb more sunlight [energy] and therefore heat than lighter colours. So, while a dark grey corro steel bed may look attractive, it may not be as kind to your soil and plants in the summer heat as a light cream coloured one. The reason is that it will absorb more heat from the sun. Choose colours and materials that will reflect light rather than absorb it.

The orientation of your beds can also influence the impact of solar radiation. As a rule, we try and orient our beds so that the long side [of rectangular beds] face north in areas of full day sun.

Adding an insulating barrier on the inside the walls of steel beds can also help keep the soil from heating up. We have used a range of materials to do this, preferring to reuse rather than purchase. Cardboard and corflute work well.

While as a general rule wicking beds don’t require surface watering, it is important to check your plants on those extreme heat days. If they are starting to show signs of heat stress, they will really appreciate a light foliar spray of water in the evening.

If you are planting new seedlings in summer you will also need to water from the top each day for the first week until the roots are established. This is best done in the early morning and in the evening.

We encourage you to experiment with home composting as this can make the ultimate fertiliser and mulch combo to summer proof and feed your wicking bed. Keep adding mulch over time to keep life in the compost as the mulch breaks down.

The most important thing to remember, however, is that a good mulch is the perfect partner for your wicking bed.